This was a perfect example of a major network, like CNN, who’s very existence depends on advertising dollars from major pharmaceutical companies, using the presidential debate platform to try and run corporate propaganda for themselves – at the public’s expense.

Networks like CNN complete the final stage in marketing these company products to the public, but this latest stunt – using a Presidential debate to discredit anyone critical of the damage being done by the industry – is beyond the pale. Can they stoop any lower? 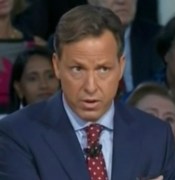 CNN media operative Jake Tapper tried in vane to first discredit Donald Trump, and then tried to play Trump, Ben Carson and Rand Paul against each other. Tapper failed miserably.

After the debate, CNN went into rear guard action, rushing to get their resident Big Pharma salesman and vaccine shill, Dr. Sanjay Gupta, in front of the camera, as the Gupta and Anderson Cooper proceeded to make the repeated claim that,“There is no evidence linking vaccines to autism,” which is a not a true statement. One only has to look at the CDC’s bloated vaccine schedule for infants and then see how much money Big Pharma is plowing into federal lobbying to see exactly how corrupt this equation has become.

Here we see exactly how CNN, along with Gupta and Cooper, are quite happy to carry on business as usual, ignoring the fact that autism in the 21st century IS an epidemic. Caring more about their six figure salaries than the lives of millions of children and their families, these media hatchet men are part of the problem, not part of the solution…

(NaturalNews) During the widely televised Republican debates hosted by CNN, debate moderators tried to destroy Donald Trump with a “gotcha” question about vaccines and autism.

As Natural News readers know, a top CDC scientist has publicly confessed to taking part in the CDC’s fraudulent cover-up of data linking vaccines to autism in African-Americans. Both the CDC and the mainstream media — including CNN — have gone to tremendous lengths to censor this news, bury the truth and pretend that vaccines have no links to autism.

Of all the candidates running for President, Donald Trump is the only one who has publicly expressed intelligent skepticism over the insane vaccine schedule now being pushed on the children of America by a federal government that’s run by Big Pharma profit interests.

CNN plays “gotcha” with Trump, but it backfires

CNN clearly plotted to attempt to discredit Donald Trump on this issue, posing a question to him that was laced with all the usual pro-vaccine propaganda which falsely claims that vaccines have no risks and couldn’t possibly be linked to autism. The question to Trump was essentially accusing him of being medically incompetent or scientifically insane. But when CNN posed the question to Trump, he answered brilliantly.

Stating that he’s in favor of the principle of vaccines, Trump explained, “But I want smaller doses over a longer period of time.”

Trump, like many informed pediatricians and parents, is extremely skeptical of the false promises claimed by the CDC and the vaccine industry it promotes. Trump even went on to tell this story about vaccines and autism:

Autism has become an epidemic… Because you take a baby in, and I’ve seen it, and I’ve seen it, and I had my children taken care of, over a long period of time, over a two or three year period of time, same exact amount, but you take this little beautiful baby, and you pump — I mean, it looks just like it’s meant for a horse, not for a child, and we’ve had so many instances, people that work for me, just the other day, two-years-old, two-and-a-half-years-old, a child, a beautiful child went to have the vaccine, and came back, and a week later got a tremendous fever, got very, very sick, now is autistic. …I’m in favor of vaccines [but] do them over a longer period of time, same amount, but just in little sections. I think you’re going to have — I think you’re going to see a big impact on autism. 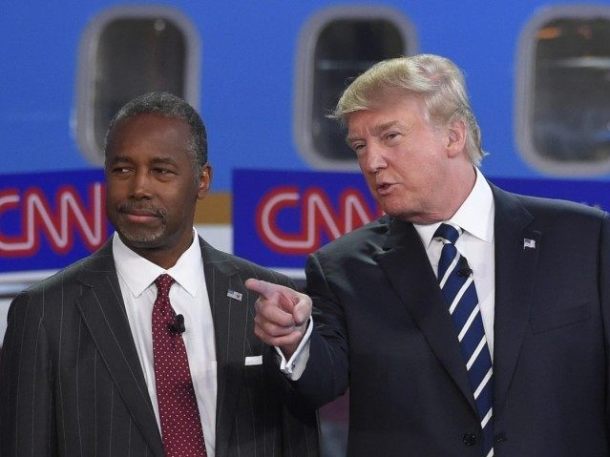 MEDIA ENTRAPMENT: CNN tried to ensnare both candidates on the vaccine issue, only to it backfire badly on the network.

CNN then tries to cajole Ben Carson into attacking Trump, but that backfires, too

Next, CNN turned to Ben Carson and prompted him to attack Donald Trump for his answer. While professing his belief in vaccines, Carson added this one stunning statement that backfired in the face of CNN:

Ben Carson: “We are probably giving way too many in too short a period of time…” 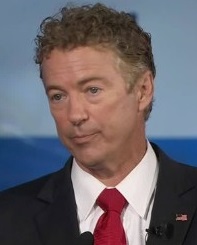 With now TWO candidates in the debate stating they believe there are too many vaccines given too early, CNN then turned to Rand Paul, hoping Paul would attack Trump.

Instead, Rand Paul confirmed what both Donald Trump and Ben Carson both said: that there are too many vaccines given too close together:

Rand Paul: “I’m all for vaccines, but I’m also for freedom. I’m concerned about how they’re bunched up… I ought to have the right to spread out the vaccines a little bit…”

Finally, Mike Huckabee chimed in on the whole scam of Big Pharma, asking, “Why doesn’t this country focus on cures rather than treatment? Why don’t we focus on the cure for cancer, diabetes, Alzheimer’s?”

Continue this article at Natural News